Growing your professional profile is one of the best ways to build your reputation and gather supporters, boost your networks, and market yourself to attract new sales or career op...

How to plan and build your professional profile

Brands in 2020 are about people. Stakeholders no longer trust a corporate entity in the same way they once did, but they do buy in to a human face. In these particular times, you m...

After Hayne: 4 Lessons On Reputational Risk For Directors

Developing an integrated communication plan for your next conference

Reputation risk management: The top 5 on our to-do list

This article was originally written for and published by AICD's Company Director Magazine. 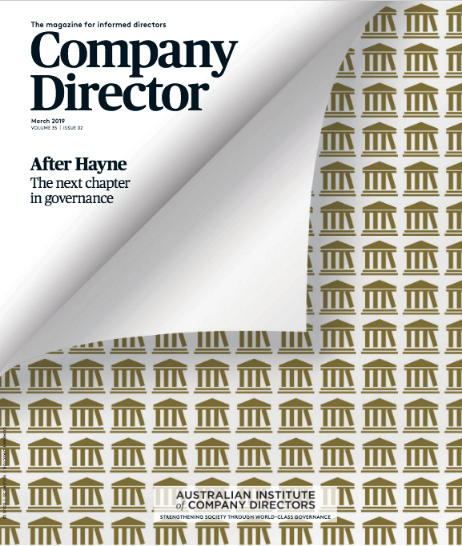 Unless directors understand the issues underlying the banking Royal Commission media coverage, they will continue to be wrongfooted, says Carden Calder.

There was one clear winning strategy in media coverage of the Royal Commission into Misconduct in the Banking, Superannuation and Financial Services Industry. It was simplicity.

The simplest narratives, whether created by the Royal Commission counsel or the media, stood strong and almost uncontested. This was despite extensive underlying complexity — the detail and nuance that sat in the actual cases, brands, and individual testimony.

Today, the binary nature of media and social media means that protecting corporate reputation requires becoming a skilled teller of simple stories, as well as a sophisticated reputation risk manager. Few directors have mastered one, let alone both.

But now they must — both as ambassadors for their boards and executives and as individuals who hold ultimate legal and moral responsibility for stakeholder outcomes and shareholder returns.

With some 6,500 exhibits and 400 statements, the complexity in front of the Royal Commission was daunting.

In front of a watching media and commentators, this complexity often calcified into predictable forms of narrative. Those include binary, sympathetic, archetypal stories. The binary viewpoint was illustrated by the repeated use of light and dark imagery, and subsequent media reporting.

It was reflective of a Manichean (good vs evil) approach to the proceedings. Topics, products or practices that were not “transparent”, or hadn’t had “a light shone” on them, were often characterised as wrong: dark, opaque, murky.

Another familiar narrative arc became evident early on in the financial hearings. Several witnesses were called to share their stories of loss after seeking financial advice.

The subsequent sequencing of witnesses — first advisers, then a licensee group head, on to relevant professional associations for adviser standards — echoed a classic narrative arc.

It had key story elements and narrative inflections — a pattern of exposition or rising tension; a climax; falling tension; and a resolution. For this to work as a gripping story, there must be typical roles too — those of victim, villain, and a hero. In this format, the hero effects a major change of some kind. 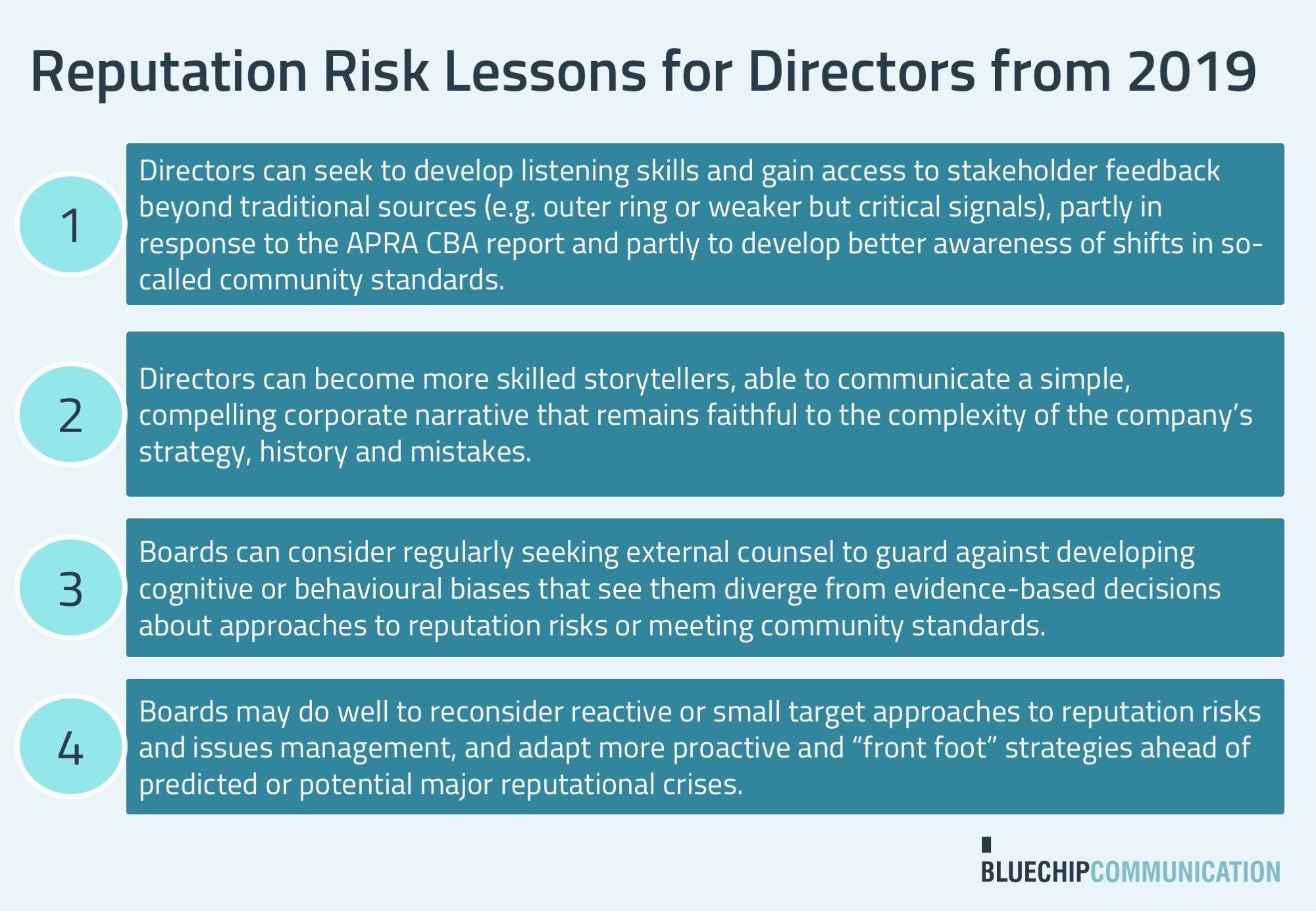 Most boards are now giving greater consideration to the active management of reputation risk. The public travails of those facing the commission is one driver. Another is the messages (both public and private) from APRA about expectations for organisations and directors with regards to stakeholder feedback and reputation risk. APRA conducts biennial stakeholder surveys to assess the current mood.

Get it wrong and directors face serious implications ranging from regulator action to loss of their roles and own reputation.

There is also broader relevance beyond the finance sector for any directors and companies who may have to respond to wrongdoing.

Boards now face questions such as when and how they and their CEOs should say sorry; when to act decisively and proactively or stay silent; and whether to take a strictly legal view or one informed by much-cited community standards.

These questions have to be answered in the context of a fundamentally altered news, commentary, and community environment. That context is now one where nuance, complexity, and subtle-but-important details are often lost.

The reasons are understandable. Some commentators — partly hampered by lack of resources and the need for speed in stretched media business models — are more concerned with telling a story of “moral” truth than a factual one.

One contributing factor is increased news velocity thanks to social media and new media competitors whose primary concern is click-through-rates, not analysis.

Regardless of the drivers, directors have to adapt. Many have not yet. To coin a crude analogy, some are still playing rugby while the world has moved on to football. The sidelines, goals and rules are different and directors need to embrace the new playing field. Directors and leaders were too often caught by surprise at the reductionist nature of the commission process and commentary in 2018.

While directors have to synthesise complexity in order to discharge their duties, that same complexity is hard to convey in today’s short-copy-, high-news-velocity- media and commentary environment.

Media and social media, by necessity, simplify the complex to make it understandable. In the process, nuance is lost. To be portrayed accurately in this environment you have to understand the reductionist nature of commentary and the medium.

And you have to engage skillfully in it.

How did the media receive Hayne’s final report and what does it mean for the industry’s next move? In our final Banking Royal Commission Watch, we dissect the sentiment as financial services tries to put itself back together. Read about the communication tactics used and their success or failure here.